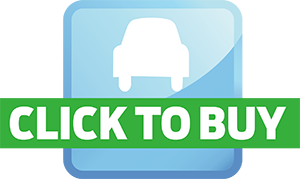 2015 INFINITI QX60 Recent Arrival! Reviews: * Ample passenger room in all three rows; smooth and quiet ride; classy interior design; user-friendly electronics interface. Source: Edmunds * In the world of 7-passenger crossovers, true daring is rare. Thanks to the INFINITI QX60, blending in is no longer a requirement. Its unmistakable lines flow with emotional energy and draw you into an experience overflowing with stirring rewards and one-of-a-kind design and technology. A spacious interior, which easily accommodates the most varied of lifestyles, thrills the senses with sweeping design and sensuous materials. The ingenious sliding second row maximizes legroom, while making access to the third row exceptionally effortless, even with a child seat installed. Discover heightened awareness with the world's first Backup Collision Intervention and the Around View Monitor with Moving Object Detection. The QX60 matches confidence with convenience by offering the network of security and concierge services that make up INFINITI Connection. Inspired Performance is, and will always be, the driving force behind every INFINITI, and the QX60 is no exception. Whether engaging the power of the V6 or INFINITI's Intelligent All-Wheel Drive system, the QX60's refined driving characteristics are meticulously crafted to achieve maximum output while enhancing your feel for the road. Behind the seductive curves of the QX60 lives INFINITI's signature sense of exhilaration. An INFINITI first, the QX60 reshapes the delivery of power with a 3.5L V6 with Continuously Variable Transmission and 265hp. With a near infinite number of continuously varying gear ratios, CVT simultaneously adjusts the delivery of torque from the engine, the result - stepless shifting of gears and exceptionally smooth driving. A hybrid model is also available in the form of a supercharged 2.5L engine mated to an electric motor providing 250hp and up to 28mpg hwy. Source: The Manufacturer Summary Stivers Ford Lincoln prides ourselves on giving more value for less. Have piece of mind knowing that all our vehicles have undergone extensive reconditioning and have been inspected by our top certified mechanics. With our award winning Sales and Service departments, you are covered from all aspects.

Model Overview
Infiniti started with seating for seven passengers, but was sure to include many luxury touches, such as heated leather seating, a standard proximity key system, 3-zone climate control, and aluminum trim throughout. Both sets of rear seats are able to fold forward for more utility and both sets of rear seats are able to recline for comfort. The QX60's long doors allow relatively easy access to the third row, further aided by a long forward slide for the second row seat. The end result is segment-leading passenger room and segment leading cargo space with the rear seats folded flat and the second row slid as far forward as possible.
Space is only part of the story with the QX60 though. A 4-year subscription to Infiniti Personal Assistant is included with the purchase of a QX60. The goal of Infiniti Personal Assistant is to have a concierge available at all times to find restaurants, make reservations, find points of interest or even just answer trivia questions. The service is available 24 hours a day.

Other cool luxury features available in the QX60 include an adaptive cruise control system, which will slow down and speed up the vehicle automatically to keep up with traffic. The system uses a laser beam to measure the distance between the QX60 and the vehicle ahead of it on the highway, maintaining a set distance. Parents of teens with driver's licenses will also be pleased with the Drive Zone Boundaries and Speed Alert functions available on navigation-equipped QX60s. These systems allow parents to more effectively monitor the whereabouts of their children, sending a text message to parents if their children speed or go somewhere unexpected with the vehicle.

Infiniti's Blind Spot Intervention System includes the Backup Collision Intervention System. When the QX60 is reversing, the system will detect vehicles coming from either side of the QX60 and give three layers of warnings, visual audio and finally force feedback through the pedal. If the driver still hasn't responded the system will actually apply the brakes itself, preventing a potential accident. This can be used to supplement the various other systems available on the QX60 including the Around View Monitor, which shows a virtual 360-degree view of the area surrounding the QX60 and Blind Spot Warning, which displays an indicator light if another vehicle is detected in the QX60's blind spot.

The 2015 Infiniti QX60 is powered by a 3.5L V6 that makes 265 horsepower. The engine is married to a continuously variable transmission with either front or all-wheel drive available, giving the QX60 both decent fuel economy as well as plenty of power.

The QX60 is also available with a hybrid powertrain. It combines a 2.5L supercharged 4-cylinder engine and an electric motor. The system makes 250 combined horsepower and is routed through a continuously variable transmission. It is available as front-wheel and all-wheel drive.

Getting financed with us is fast and fun. Whether you’ve always enjoyed a sterling credit history, are currently working on improving your credit score even more, or this is your first time buying a car, you can count on the friendly experts at Stivers Ford Lincoln to make the whole process transparent and easy to understand. To learn more and get the ball rolling on the right loan for your unique financial situation, call 800-747-2744 or apply online now.

What is the financing process like at Stivers Ford Lincoln?

What are the steps in the financing process at Stivers Ford Lincoln?

Great question. Securing a competitive loan from Stivers Ford Lincoln takes only three easy steps. First up is to either apply online for pre-approval via our quick and convenient online credit application or call 800-747-2744. From here, one of our financing experts will connect with you to go over the details of your loan offers and ensure that you have everything you need to make a smart and informed decision.

Who can I call at Stivers Ford Lincoln to get the financing process started?

Any of our amazing specialists will be more than happy to help you get the ball rolling on your dream car. All you have to do is dial 800-747-2744 when you have a few free moments and you'll soon see that getting approved for a car loan at Stivers Ford Lincoln is quick, easy, and convenient.